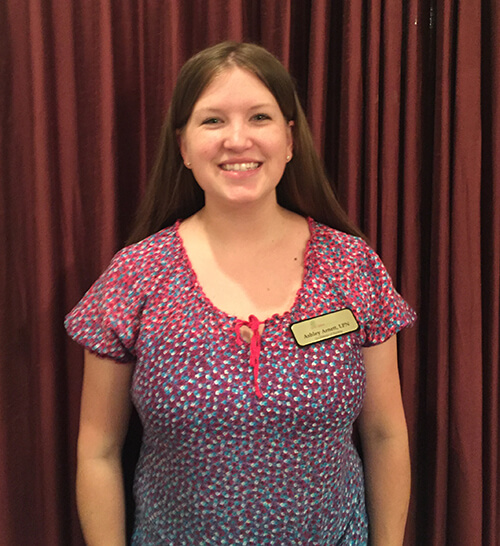 Ashley Arnett is a LPN/Director of Nursing, and the mother of 2 boys. Ashley was born and raised in Shelby County, graduated from North Shelby High School in 2009, and HCTC LPN program in 2010. She began working at the Shelbina Villa in November 2010. Ashley takes pride in helping the residents live a happy and healthy lifestyle. She enjoys spending time with the residents and being a part of the great team known as the Villa staff.